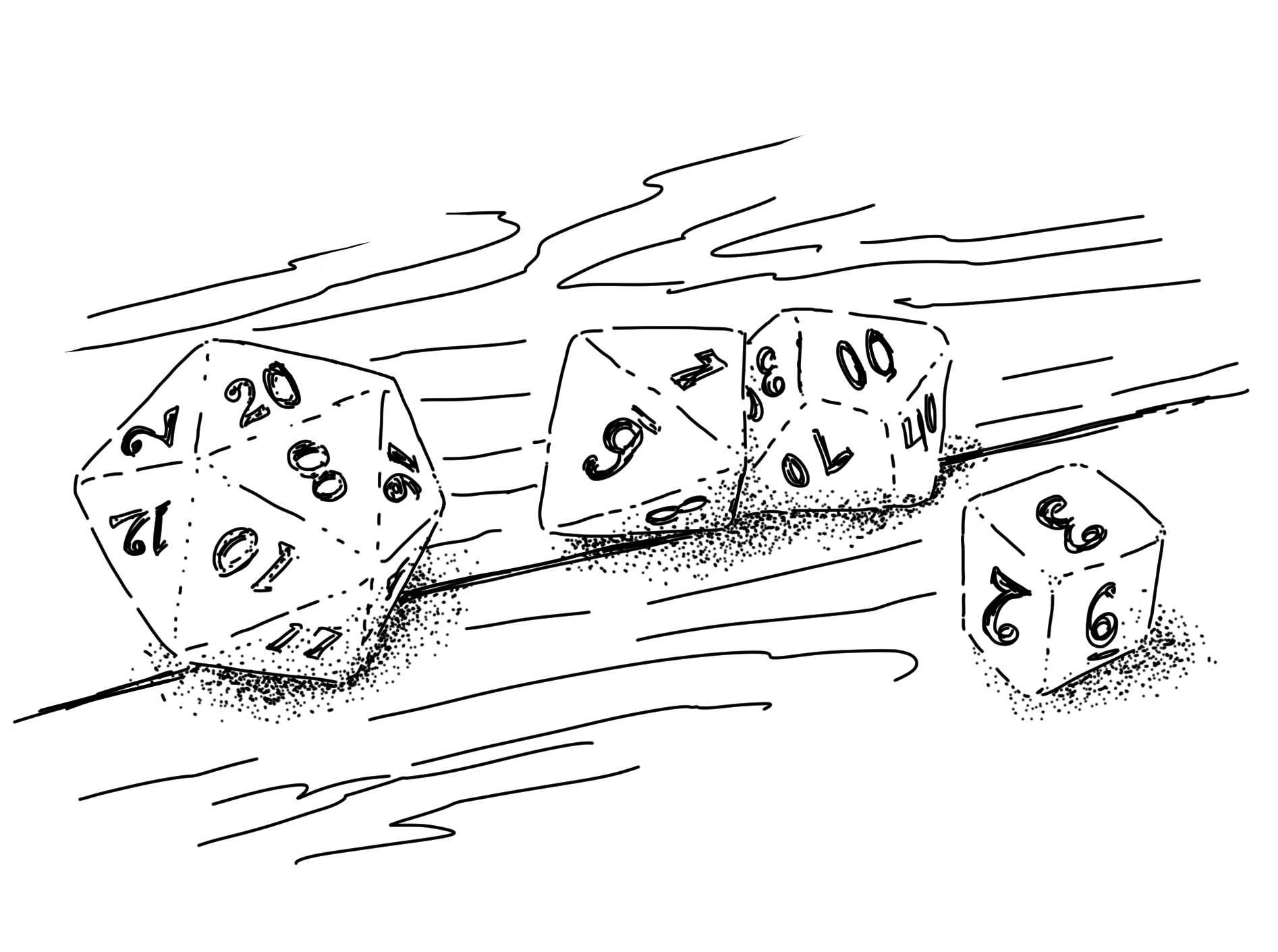 Over the past five weeks of isolation, things can get a bit lonely Thankfully we live in the age of the internet which makes remote gaming a possibility. You can run amazing RPG sessions with your friends without anyone ever leaving home. So, let’s talk about some of the great tools that help you run your RPG online.

For Theater of the Mind

If your games lean more on role-playing and less on tactical combat, then all you really need is a way for everyone to communicate effectively. For this, you could use almost any decent chat program to run your rpg online, though I prefer either Google Hangouts or Discord.

There is a fairly decent chance that you already have some version of Hangouts installed on one of your devices. It’s the most popular chat client out there at the moment. Allowing both text-based chat and video conferencing, it’s great for simple games. Just get everyone on a call, post images and maps in the chat interface, and let the theater of the mind to the rest.

Admittedly, Hangouts is my fall back for this type of gaming. While it can do the job, it’s clunky. If you have a large party of players, it makes keeping track of things harder.

Discord is a free app designed for online communication. Allowing text-based and voice chat, as well as video conferencing, it’s an excellent tool for running a game. There are even a number of addons available to add virtual dice rolling.

I have run several game sessions using Discord. All players log into a video call. We use the chat feature to display maps and images of monsters. Private messages allow us to pass information to individual players. After the session, I use the chat log to update my notes for the following sessions.

For low combat games, I have found Discord works incredibly well. However, if your game is heavy on combat, or uses a system with complex positioning rules, you are going to run into issues. Case in point, the image here where I ended up trying to run combat on my table for an entire party that was remote. Do not do this; it was a nightmare.

For those types of games, you really need a virtual tabletop.

For more dedicated online RPG tools, there are a number of virtual tabletops out there. These are apps that simulate the tablespace. GMs lay down maps, and players move around their miniatures. Often they even track much of the minutia for the GM, such as creature health and initiative.

Roll20 is a web-based app designed specifically to run online games. It has been around for years and has tons of options. At its core it allows a GM to upload artwork and maps, put in virtual tokens, and then roll dice and run a game through a simple chat interface or even include voice chat. You can run literally any system through it and best of all the core functions are all free.

Now, if you are willing to spend some money it also has tons of tools to make the GMs life easier such as map and creature packs for published campaigns. It also adds features that can make the game more fun, like dynamic lighting and controlling player line of sight, custom character sheets built right into the app, and tons of other addons to add additional features.

Fantasy Grounds is a feature-packed virtual tabletop that comes with a host of maps, tokens, and preloaded rules from a variety of systems. Of course, it does require a small subscription to access these tools. For power users, Fantasy Grounds is an incredible piece of software that can improve a GMs ability to run games both online and at a real table.

However, all of that power comes at the price of a higher learning curve for both the GM and the players. While there will be those who disagree, I see Roll20 as the better option for anyone just dipping their toes into online play. Meanwhile, Fantasy Grounds is something a GM might look at in the long term.

Choosing an Adventure for Your Online RPG

Once you have your software of choice figured out, you just need to choose your adventure. As I mentioned some programs are better suited to different kinds of adventures. Regardless, if this is your first foray into online gaming, I would suggest you start with a one-shot.

What is a One-Shot?

One-shots are adventures designed to be completed in a single 3-4 hour gaming session. They can serve as the introduction to a bigger campaign. Act as a short side quest to an ongoing story. Or just be a stand-alone session. You can hundreds if not thousands of published adventures out on the net. And of course, we will soon be releasing The Forest of Lost Children.

Like any adventure, it is important that you read through the one-shot completely before running the game. Make sure you know how everything relates and generally have it all mapped out in your mind so you can adjust when the players go off track. This is incredibly important if the adventure involves important clues as I talk about a bit in a previous post.

Do not be surprised if you run into some technical issues at first. There will be growing pains. But if you stick with it, online gaming can work great even after the world starts getting back to normal.

END_OF_DOCUMENT_TOKEN_TO_BE_REPLACED

END_OF_DOCUMENT_TOKEN_TO_BE_REPLACED
We use cookies on our website to give you the most relevant experience by remembering your preferences and repeat visits. By clicking “Accept”, you consent to the use of ALL the cookies.
Do not sell my personal information.
Cookie SettingsAccept
Manage consent