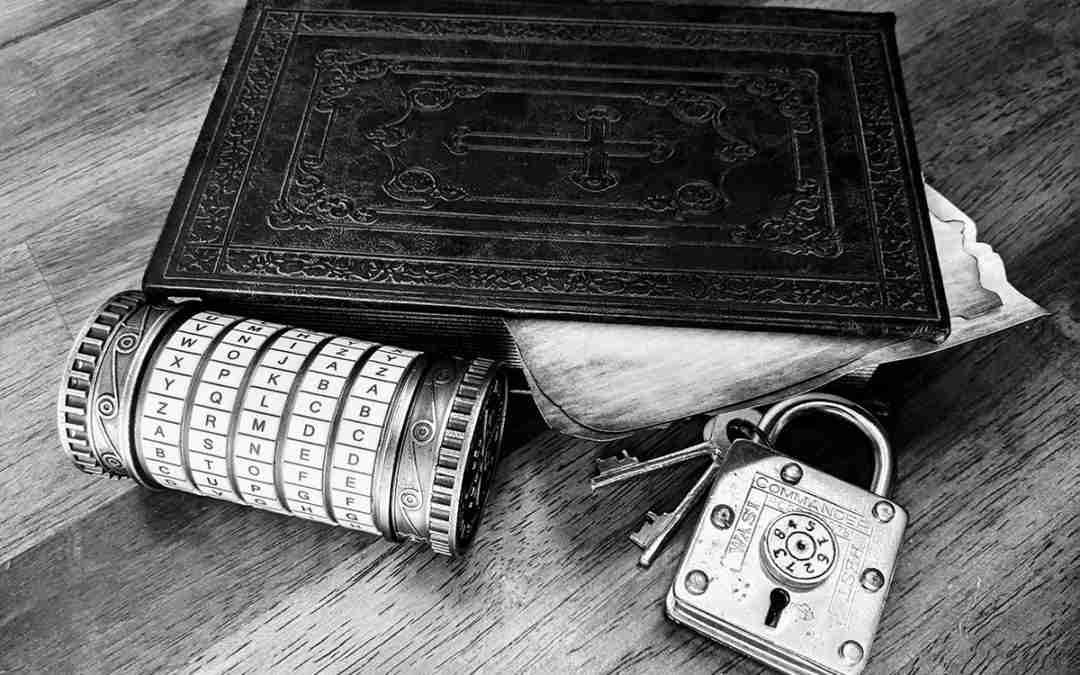 A few weeks ago, we talked about how we think about building RPG adventures, and I mentioned how much I love puzzles. Puzzles can be so many things: a coded message, the method for turning off the traps in a vault, or even the mystery of who killed the king. It is all just a matter scale. So, let us talk about building good RPG puzzles.

There are a few main reasons why puzzles fail. Those reasons all relate to the players finding and understanding the clues you are leaving for them.

The first and greatest issue is the players never finding the clues in the first place. One of the biggest mistakes I see, and something it took me a long time to learn to avoid, is making players roll to find clues. For those of us who grew up on an older generation of RPGs, the idea of rolling for every action is sort of ingrained. Want to hit something? Roll for it. Want to jump across that gap or climb that tree? Roll for it. So of course, it makes sense that if you want to search that bookcase you need to roll for it. This is a mistake.

While it may seem counter-intuitive, when designing a puzzle you don’t want players to have to roll for anything. If they search a bookcase, they should find the hidden switch or discover the hidden note. Otherwise, you are leaving the chance of failure up to a random die roll and cutting the players off from that part of the adventure. Instead, base finding clues on player actions, and use the Rule of 3.

I briefly mentioned the Rule of 3 in that previous post, but I’ll go into more depth on it here. As every good game master knows, no matter how meticulously you plan an adventure the players will make their own path. Players will ignore, misinterpret, and generally frustrate you to death as they wander around the answers. They will dismiss your seemingly perfect clues as red herrings and follow your red herrings to the ends of the earth.

This is not their fault; we as human beings are designed to see patterns. We will create patterns even if there are not any to actually find. It is why people see faces in potato chips and on the moon. Our minds are hardwired this way. But as the game master, we can take advantage of this. Use it to create the patterns we want the players to follow.

The first step in building good RPG puzzles is to have at least three clues that lead to the puzzle and its solution. This gives players three possible sources of information to help them find the solution. It is important to understand that this is not a case of players having to have all three to solve the puzzle. Each is a stand-alone hint towards the solution. As an example, say the puzzle is a simple coded message using a substitution cipher. Your first clue might be a book on codes that explains the type of code that is being used. The second clue might be a letter using the same code that is only partially coded. And the third is a letter with the full key to decode it.

The second step in building good RPG puzzles is knowing how to place these clues.

Those Who Search Will Find

The easiest thing to do is to place clues where they would seem to logically fit. This is what we did for The Forest of Lost Children and works for most simple puzzles that are self-contained in one location. However, for more complex puzzles, and especially for more open mystery adventures with nonlinear paths, this can lead to issues.

If clues have fixed locations and players fail to search those and find the clues, then they will not know how to solve the puzzle. This breaks the games very quickly. So, an alternative method is to have not only your three clues but instead have multiple ways for players to find them.

Going back to our example of the coded message, one location could be a bookcase the players need to search. Another might be the body of a bad guy they defeat, and the third could be sitting out in the open on the desk of a not so bright minion. When the game starts you know your clues and your locations. And as you play, you can decide which clue players will find. So, if they have already skipped the room with the bookcase, you might decide to have them find the partially decoded message when they search the body. Or maybe you know your party prefers stealth, and you expect them to not fight much, so you put the partially decoded message in the bookcase when they search it.

Part of building a good RPG puzzle depends on your party and how much they enjoy puzzles. For instance, I have some players who love them. So, in the example we have been using, not only would I start with the book on types of codes, but I’d give the players an actual handout with the coded message on it so they could try to decipher it as we continue playing. For other players, on the other hand, I might have them find the key at the first location they search and then just let them tell me they decoded it and I would tell them what the message said.

You should take this into account when designing your puzzles to start with as well. If you have players who love puzzles, then come up with a couple of intricate puzzles and brain teasers for them. For other groups, I have reused some classic basic puzzles from movies and tv shows. For instance the scene at the end of The Fifth Element with opening the element stones.

The puzzles can be all theater of the mind, or you might use props. It’s all about flexibility. And when using a prewritten adventure such as Forest of Lost Children, you should not be afraid to make your own tweaks to make it easier or more challenging for your players based on their puzzle preferences.

In the end, what puzzles you use, and how you use them is completely up to you.

Our Approach to Game Art and Style
Bringing your RPG Online

A Statement on AI Art

END_OF_DOCUMENT_TOKEN_TO_BE_REPLACED

END_OF_DOCUMENT_TOKEN_TO_BE_REPLACED
We use cookies on our website to give you the most relevant experience by remembering your preferences and repeat visits. By clicking “Accept”, you consent to the use of ALL the cookies.
Do not sell my personal information.
Cookie SettingsAccept
Manage consent