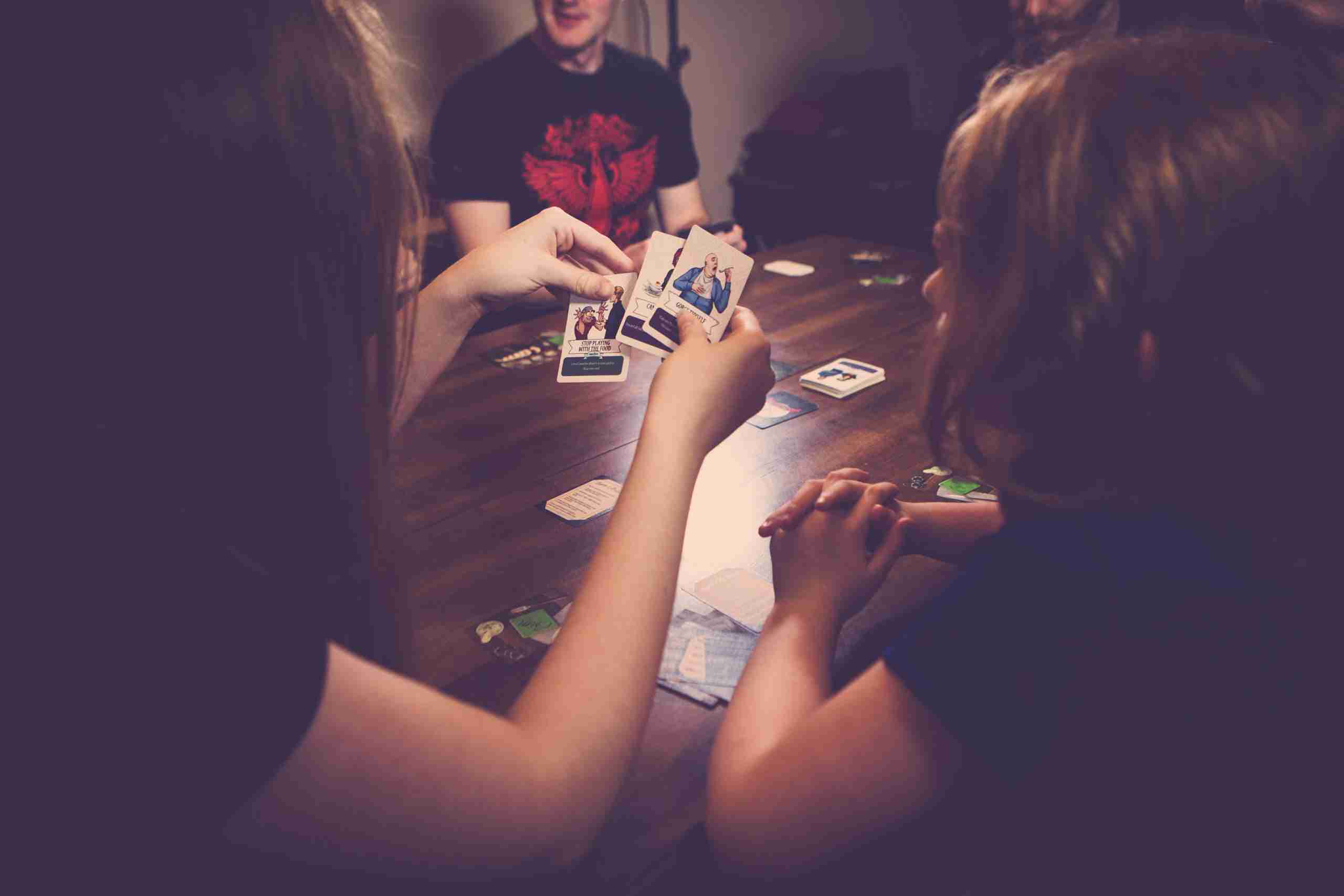 As you may know, we launched Churrascaria on Kickstarter back in September of last year and narrowly missed our goal. Well, we absurdists aren’t known for giving up and we are ready to try again. Churrascaria: A Cutthroat Game of Gluttony is returning to Kickstarter in April.

What We’ve Been Up To 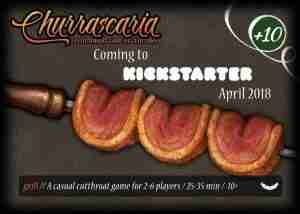 We’ve been doing our best to get the word out about Churrascaria. We’ve hit events around Oklahoma and have even ventured into Texas *shudders*. We’ve got a few new game reviews on the way and we’ve done our nerdy best to actually up our social media game. This time around, we are confident we’ve got the reach we need to get our first game off the ground.

We’ve tried really hard to find ways to lower our expenses and make the game cheaper. As a result, we will be offering the base game at around $21 with free shipping to the US. For our international backers, we plan to offer significantly cheaper shipping than our previous campaign. We will tell you more about the exact shipping costs closer to the launch date.

On top of that, we’ve used the last few months to make Churrascaria even better. We’ve made tweaks to the fonts and colors to make the cards more readable. Dave’s even added a couple of new effects to the meat cards.

In addition, we will be rolling out several stretch goals after the campaign start. These will include upgrades to the box and components, as well as some add-ons and bonus materials. In particular, if we hit the right goals, we will be able to upgrade the food request cards with chipboard tokens. As for add-ons, we want to offer neoprene play mats at a reasonable price (we don’t expect to make money off these, we just think they are cool).

What We’ve Got Planned 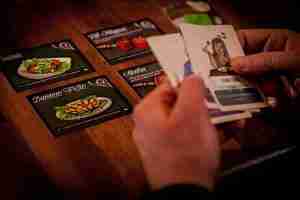 Dave and I will be running demos at multiple events in OKC, Tulsa, and Dallas over the next month in preparation for the launch, and then hitting both Dallas and Tulsa again during the campaign. If you haven’t played Churrascaria yet, come join us. Also, we will be releasing an updated version of the print and play for free to our loyal fans (you guys) in the next couple of weeks. Please, join our mailing list if you haven’t already. We don’t send out updates often, but we will notify you when the campaign goes live. If you want news about what we are doing more frequently, follow us on Facebook, Twitter, and Instagram.

Prototyping with Cricut
Churrascaria is on Tabletopia

END_OF_DOCUMENT_TOKEN_TO_BE_REPLACED

END_OF_DOCUMENT_TOKEN_TO_BE_REPLACED
We use cookies on our website to give you the most relevant experience by remembering your preferences and repeat visits. By clicking “Accept”, you consent to the use of ALL the cookies.
Do not sell my personal information.
Cookie SettingsAccept
Manage consent