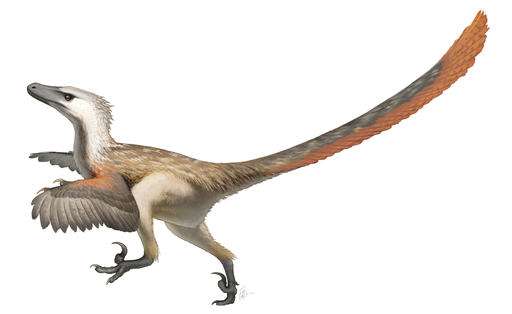 I was eleven in 1993 when Jurassic Park debuted. Seeing it is one of my most vivid movie-going memories as a child. Like many kids, I was obsessed with dinosaurs, but at age 11, I was just about to grow out of it.

I saw Jurrasic Park in the Dream Theater in downtown Tahlequah, Oklahoma with my parents. I may have brought a friend or a cousin along, but that detail eludes me. Tahlequah wouldn’t have a modern movie theater until years later. Normally, we’d have to drive forty-five minutes to Muscogee to see a movie.

This was a special occasion though. The old 1950’s-style Dream Theater had reopened. The elderly owner sold tickets from a tiny booth outside the one-screen theater. We set in the original seats. There was no THX or Dolby Surround Sound here, just an ancient movie screen and a film that would re-awaken my love for dinosaurs.

The magic happened in that famous scene where Sam Neill turns Laura Dern’s head to see an enormous sauropod lifting itself onto its hind legs. The music swells, the camera pans, and we see an entire ecosystem of prehistoric beasts that we’d previously only imagined in live-action (or old-school stop motion). I was captivated for the rest of the movie. It’s my first memory of my heart skipping a beat in a movie theater. If you haven’t seen it in a while, the effects still hold up. It is amazing what Spielberg was able to do in the early days of CGI.

That may have been the only theatrical movie I ever saw in the Dream Theater. It didn’t stay open for long. The space has since been used for events, concerts, even film festivals, but as with the Tahlequah Drive-In theater, it couldn’t keep up with the times.

You may be wondering what any of this has to do with a card game. Well, fast forward about 24 years. I’ve started a game company (this one), and dinosaurs are always somewhere at the back of my mind.

Then this thing happened. I met someone who loves dinosaurs so much that she even names herself after one and keeps a Halloween dinosaur skeleton in her office. For one of our earlier dates, we went to see Jurassic World: Fallen Kingdom in a much larger, nicer movie theater than the Dream. It was the kind of theater where waiters bring you food directly to your seat. Yeah, I got us the fancy movie tickets. It was a good date.

And just like that, dinosaurs are no longer at the back of my mind. In fact, I couldn’t stop thinking about them.

It was almost a year later, as I was brainstorming game ideas, that a character from the film (and her occupation as a Paleo Veterinarian) would inspire a game idea.

I pitched the idea to Harley, “A dice and card game where you are curing sick dinosaurs.” She loved it. I threw together a quick prototype. It was surprisingly fun and better balanced then most prototypes start out. We shared it with Dave, and within a month we bumped it to the top of our development list.

The first version of Paleovet was very simple. During each player’s turn, they drew a dinosaur card and added it to their tableau in the first of four open slots, sliding down any cards already in play. If a card slid off the end of the track, that dino didn’t make it. Players rolled dice to get treatments (as in the current version) and could spend research (DNA symbols) to gain more dice (that mechanic has changed dramatically). We’ve made a lot of changes since that early stage, still, the core of the game was there and it was fun.

In my next design diary, I’ll go into the mechanics of that prehistoric version of Paleovet and how those mechanics developed into the current version of the game.

END_OF_DOCUMENT_TOKEN_TO_BE_REPLACED

END_OF_DOCUMENT_TOKEN_TO_BE_REPLACED
We use cookies on our website to give you the most relevant experience by remembering your preferences and repeat visits. By clicking “Accept”, you consent to the use of ALL the cookies.
Do not sell my personal information.
Cookie SettingsAccept
Manage consent