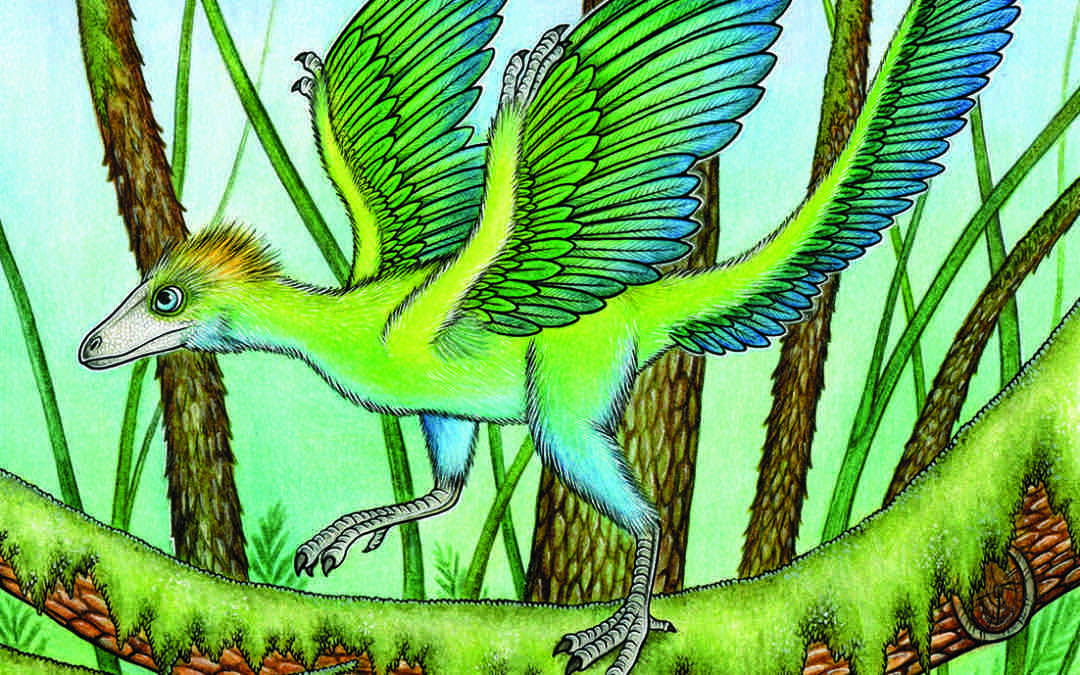 For starters, several dinosaur power got revised. This helped make each dino feel thematic, interesting, and useful.
One fun example is Archaeopteryx. This little feathered dino allows you to drop him in another player’s hospital instead of your own. Since he doesn’t get any sleep tokens, your friend will have to waste a dice curing this dino for only two points. If your opponent is already overwhelmed with other big dinos, this little carnivore could be enough to start a chain reaction of dino escapes.

This new mechanic was kind of controversial, and I was very skeptical myself until I saw it work. Before rolling dice at the start of your turn, you must select a dino from the field and bring it into your hospital. You can’t skip this unless your hospital is full, and you don’t have to use a tranquilizer. This keeps the game moving forward. No one can sit back and just work on one big dino because there are always new patients coming in. It also brings back a bit more danger to the game. Having complete control over the dinos entering your hospital means you can play it safe, only tranquilizing dinos you know you can cure. Even though you can choose between five options, being forced to add a new dino means you have to make hard choices. Can you cure every dino before they wake up?

A New Way to End the Game

At the end of Design Diary 3, I mentioned that we were using an “End of Game Card” to trigger the game’s final round. That mechanic worked but left people feeling a little surprised and disappointed when the special card showed up. So, we changed to something that offers more control. Now, you set up the game by dividing the dino cards into five equal stacks. Then reveal the top card of each stack to form the Field. Players can tranquilize dinos from any stack and see that stack dwindling as they do so. The final round of the game starts when any stack is empty.

This mechanic simplified the game, speeds up turn transitions, and eliminates a component from the game. Most importantly though, it lets players gauge how far the end of the game is. By choosing which stack to tranquilize dinos from, players also have some control over exactly how quickly the game will go by. The tradeoff here is that setting up the game is slightly more complex. The benefits of this change greatly outweigh the downsides though.

The addition of upgrade cards is definitely the biggest and most impactful change. Many players loved Paleovet even before we added dino effects. Still, many players have longed for more strategic options and ways to mitigate the randomness of dice.

This is where upgrade cards come in. Upgrades are gear, improved facilities, and technology that paleo-veterinarians can use to improve their craft. We fashioned these as mini-cards that form their own “river” next to do the dino cards. Players can get upgrade cards on their turn by spending two matching dice symbols.

This opened up a whole new set of design options for us. For one, we moved the set bonuses to upgrade cards and toned them down a little. This means a bit less math at the end of the game and a more balanced game.

For the design side, upgrade cards were surprisingly easy to add. Once we figured out the two-matching-symbol price point, the abilities just needed a little balancing before it worked. And we knew we had it right because the game felt so much more full and rich after this addition.

Even with the expanded options, we still wanted to make sure PaleoVet was as accessible as possible. As it turns out, the game plays perfectly fine with our without the upgrade cards. You can even leave out the dinosaur effect text if you are playing with younger kids or if you just don’t feel like reading that day.

Bringing it all Together

As with any game, PaleoVet underwent a lot of changes and revisions before landing on something that really felt good, played smoothly, and was accessible to a wide audience. Now, we’ve landed on a game that I (personally) really love. New playtesters are constantly surprised about how much strategy is built into this little game that takes less than five minutes to learn.

In the next design journal, Dave will talk about the playtesting process and how we used data gathered from dozens of plays and user feedback to inform our decisions while developing this game.

END_OF_DOCUMENT_TOKEN_TO_BE_REPLACED

END_OF_DOCUMENT_TOKEN_TO_BE_REPLACED
We use cookies on our website to give you the most relevant experience by remembering your preferences and repeat visits. By clicking “Accept”, you consent to the use of ALL the cookies.
Do not sell my personal information.
Cookie SettingsAccept
Manage consent