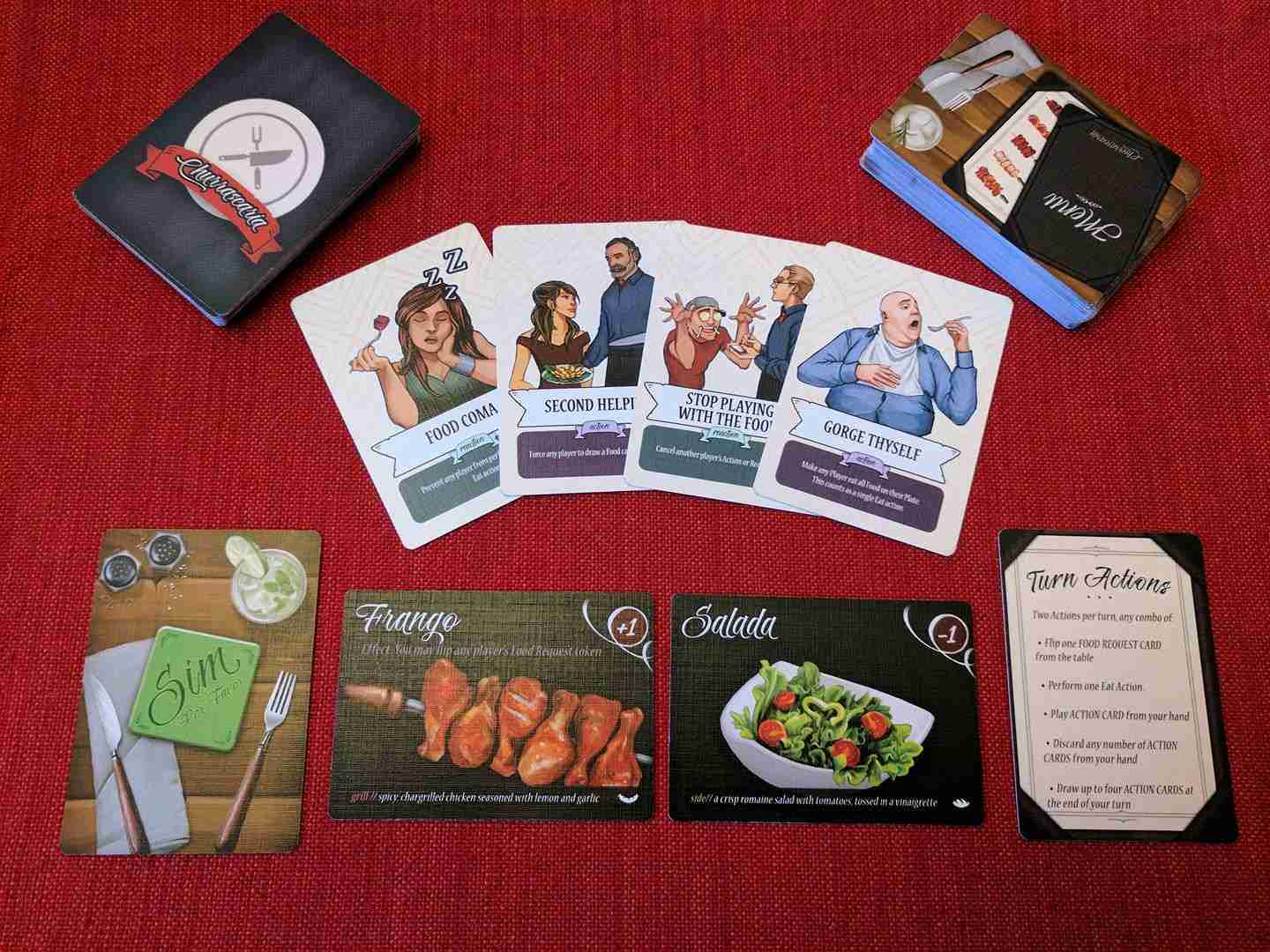 The Making of Churrascaria – Part 1

Designing a game in an interesting process. I have been working on Churrascaria now for a little over two years, and in that time it has gone through at least sixteen major revisions, countless minor revisions, and hundreds of playtests. All to bring it to its current incarnation, which while very close to final, may still see more changes before I reach the Kickstarter this fall, and hopefully printing and publication.

So I thought it might be interesting to everyone out there in internet land to hear about the process to bring the game from a glimmer of an idea in my head, to its current state as a professionally printed prototype. Let’s start with the game’s inspiration.

In late January of 2015 my friends and I were attending the first PAX South down in San Antonio, Texas. It was an amazing weekend of gaming and geekdom, and on that Sunday my buddy James suggested we should celebrate in style by going to dinner at Texas de Brazil, a local Brazilian Steakhouse. So there the eight of us were, chowing down as the waiters kept bringing more and more skewers of delicious grilled meat. The whiskey and beer was flowing, and we were all so energized that naturally we started making something of a game of stealing food from each other’s plates, flipping the tokens that alert the waiters to a food request, and generally screwing with each other.

As I sat back letting my dinner digest, I watched all of this happening and thought, there is a game in this. But that thought was fueled by meat and whiskey and quickly filed away and forgotten as we packed up and drove the eight hours north to Oklahoma City the next day. A week later, during a bought of insomnia, the idea came back to me, and I decided what the hell and wrote it down, along with making the very first prototype in a flurry of activity.

That first version was fun, but very rough and unbalanced. It was also really nothing more than a lark that I never thought would move beyond some paper cutouts that my friends and I might mess with for a few weeks. I had no idea that two years later I’d be looking at professionally printed cards with real artwork, or that I’d be working on all the logistics to actually print the damn thing. 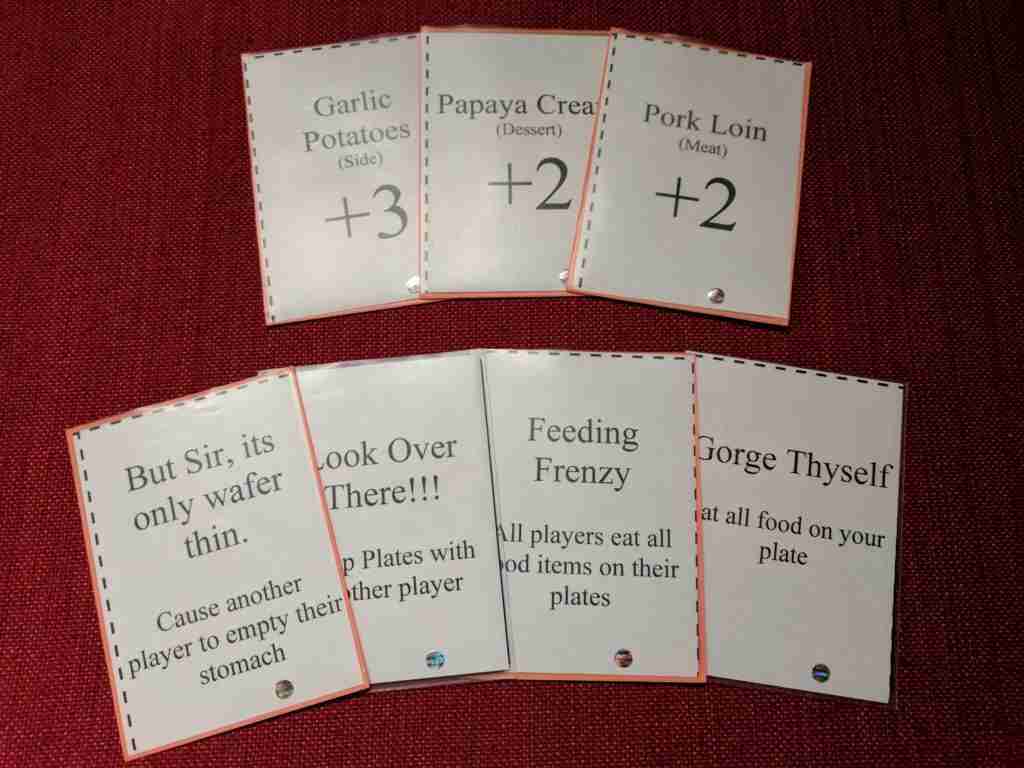 In the image above you can see some of the earliest prototype cards. Back then the sides and desserts were still worth positive points, and you can see the infamous stomach emptying card which was removed in the very first revision of the game.  The other three action cards shown there are actually very close to their final forms, though the text was revised several times as I clarified the rules. Next time I’ll delve into the revision process a bit. Until then, keep gaming.

END_OF_DOCUMENT_TOKEN_TO_BE_REPLACED

END_OF_DOCUMENT_TOKEN_TO_BE_REPLACED
We use cookies on our website to give you the most relevant experience by remembering your preferences and repeat visits. By clicking “Accept”, you consent to the use of ALL the cookies.
Do not sell my personal information.
Cookie SettingsAccept
Manage consent