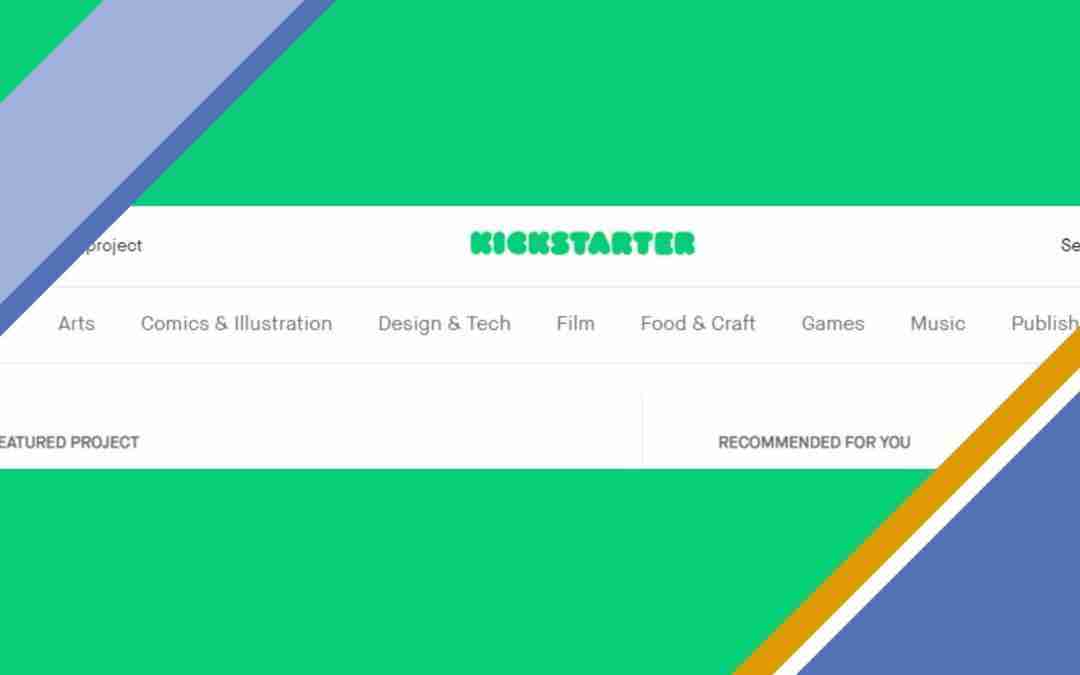 The Risks & Rewards of Using Kickstarter

We utilize Kickstarter for a whole lot of reasons, which we will go into in our blog post next week. Before we dive into that, we want to take this week to talk about Kickstarter in general.

Kickstarter is a platform that allows individuals and businesses the space to receive funding in order to bring their project(s) to life. Most businesses on the platform are smaller and would not be able to do so without the help of those who back the campaign. The support they receive through Kickstarter allows them to make their dreams a reality.

It is important to note that Kickstarter is not a store and the platform itself is not responsible for what individual creators do. The platform does have rules, requirements, and systems to help ensure that the creators are ethical and legit. If they allowed a bunch of folx to come on and abuse the platform, their platform would fail so they take this very seriously.

Campaign – The campaign refers to the project that the creator has put up on Kickstarter to receive funding for.

Backer(s) – Anyone who contributes to the campaign/project through Kickstarter.

Backing A – way of saying that someone has contributed to the campaign or is supporting the campaign through Kickstarter.

Funding Goal/Funded – The funding goal is how much money the campaign needs to be successful, this is determined by the creator. When the campaign has hit that goal, it is considered to be funded.

Pledge – This can refer to a few things: the act of backing a campaign, the amount of money a backer has contributed or the level they chose to contribute at. The pledge levels are determined by the creator and tend to have different rewards included.

Rewards – What you receive from the campaign if it is funded, typically different depending on the pledge level you chose.

Stretch Goals – Different bonuses that are unlocked as the campaign hits different goals. These typically show up at a higher amount than the funding goal and will unlock a wide variety of things. Many pledge levels tend to include stretch goals in them.

Add Ons – These are bonuses that can be unlocked similarly to stretch goals, but they don’t have to be. They are typically not included in a pledge level and are available for add on during the campaign (by increasing your contribution amount) or after the campaign through a third party platform.

The campaign may not successfully fund.

If a Kickstarter campaign does not meet its funding goal, then you will not be charged any money but the project will not be able to come to life. The creators may decide to come back with the campaign another time to try again, especially if it is their first Kickstarter. We successfully funded the second campaign we ran with our first game as we learned a LOT from our first campaign that helped us reach our goal.

The project timeline may have to be extended.

It is possible that due to unforeseen circumstances, the timelines for a project may get extended and delay you receiving your pledge reward. For instance, the global pandemic has delayed hundreds of projects over the last year. There is no way of knowing how long a project could be delayed before it happens. This is one of the most common risks with successful Kickstarter campaigns. Since there isn’t already a product in hand ready to ship out, there’s a lot of steps in the process where things can get backed up or put on pause.

The creators may request additional funds.

Something that we have seen happening, especially due to the pandemic, is that rates for production and shipping have increased dramatically. Many creators who had successful Kickstarter campaigns in early 2020, before the pandemic, saw their quoted rates increase up to two to three times the original quote. This left the creators in a really tough spot. Due to this, some requested additional funds for shipping (not mandatory) to help them deliver.

I know we all love free shipping and have been spoiled by big businesses, but shipping is expensive! When it is included in the Kickstarter, they are considering the cost of shipping at the time they launch the campaign versus when the game will actually be shipped. Not only that, but Kickstarter receives a portion of ALL the funds received, which means that either the creator raised the built-in shipping cost to pay for that, or they are losing money. When a creator collects shipping and taxes after the campaign, you pay exactly what the shipping cost is at that time, and it helps ensure the creator isn’t losing a ton of money on that.

The project may never be fulfilled.

This is the concern I hear most frequently from those who are not familiar with Kickstarter. They are worried they will give money to someone in exchange for a reward of some sort, but then never receive their reward.

Kickstarter is ultimately a business. The platform only makes money if campaigns fund, and campaigns fund because people feel confident that they will eventually receive the product. To ensure that confidence, Kickstarter requires all creators to go through a process to verify their identity and each campaign must meet certain criteria before it is approved by the platform. They also have a Trust & Safety team that they use to review and reduce potential problems from arising. Kickstarter addresses a lot of these issues and what they do in the Getting Rewards FAQ section on their website.

We Absurdists have backed over 150 projects in a variety of industries and we keep backing more! As of this writing, all of the campaigns we have backed have either delivered, refunded us our money (only happened once about six years ago), or are actively providing updates on the status of the project. In general, those who launch Kickstarter campaigns are doing so because they are passionate about an idea and want to make it real. While delays and problems may arise, their goals are always to produce and deliver.

We put together a blog post discussing the 8 Campaign Backing Considerations we make before contributing to a campaign. Our goal is to provide you with an outline to follow so you can perform some due diligence and feel more comfortable and confident in the support you are providing to companies on Kickstarter.

You get to support a small business

Small businesses are extremely important for our economy. They are responsible for around ⅔ of all new jobs, account for about half of all employed individuals, and generate almost half off the economic activity in the US. You have a chance to contribute to fulfilling the dreams, hopes, and goals of these small business owners. If supporting a small, local business is important to you, Kickstarter even has a search filter you can use to find them!

Once a Kickstarter funds, the product is created and as soon as it is ready, it starts shipping out. This means that the backers tend to be the first folx to receive them. There are a few exceptions to this, but that is very frowned upon in the Kickstarter community.

You get a chance to receive stretch goals or add-ons.

Many times, the stretch goals or add-ons are limited print runs, which means that once they run out the creator will not get another set manufactured or printed. The best way to ensure you can get these items is to back the campaign.

In some cases, the creator will only produce enough to fulfill the Kickstarter pledges. This means that if you show up after the Kickstarter has ended, you are not going to be able to purchase the product.

But in almost every case, without the support of backers, these projects would never get the chance to be made. The only way the creator’s dream can come alive is if the Kickstarter funds thanks to folx backing and supporting it.

I find it very exciting to support a small business, watch their funding grow, and see them go through the process of bringing their goals and dreams to life. It’s a great feeling and, to me, all the rewards outweigh the risks.

Feel free to utilize the Kickstarter’s website to learn more about their platform in a greater detail than I’m able to do here.

Check out our page dedicated to our next game: PaleoVet!

Comment below and let us know what risks, rewards, and thoughts on Kickstarter that you have. If you have any questions, drop them below as well.

Do All Board Games Have Themes?
8 Considerations to Make Before Backing a Kickstarter Campaign

END_OF_DOCUMENT_TOKEN_TO_BE_REPLACED

END_OF_DOCUMENT_TOKEN_TO_BE_REPLACED
We use cookies on our website to give you the most relevant experience by remembering your preferences and repeat visits. By clicking “Accept”, you consent to the use of ALL the cookies.
Do not sell my personal information.
Cookie SettingsAccept
Manage consent