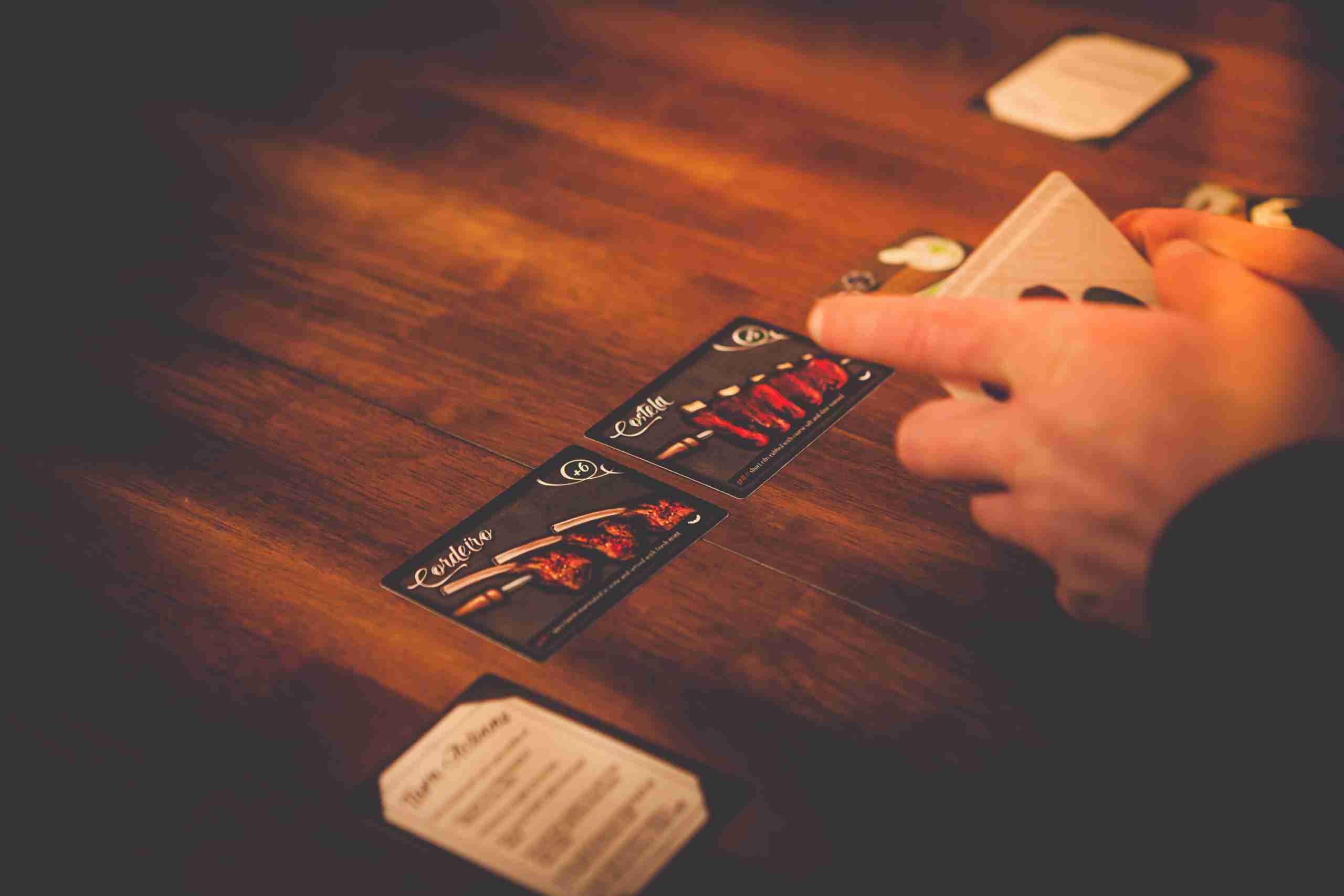 We funded, now what?

Its been just under a week since the Churrascaria: A Cutthroat Game of Gluttony Relaunch Kickstarter campaign ended. The dust has settled, and we not only funded but unlocked every single stretch goal we had planned. It has been an amazing experience, but also an incredibly exhausting one. 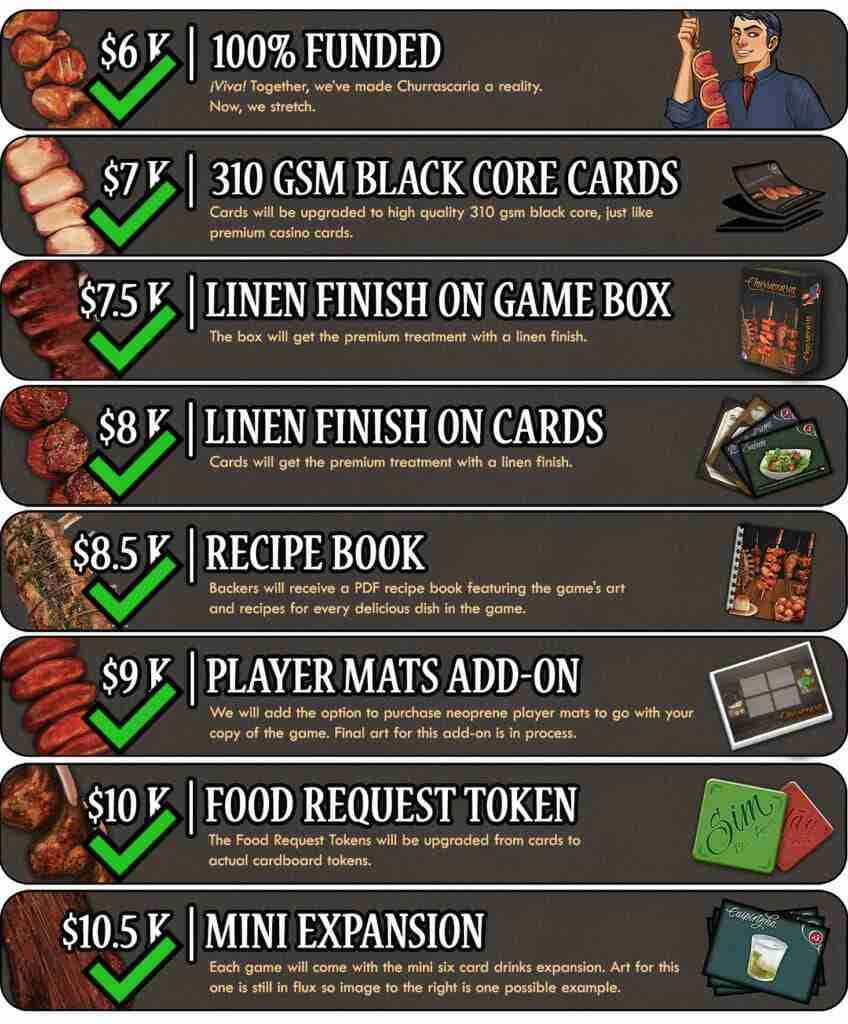 All of us here at Absurdist Productions have full-time day jobs to pay the bills and design games on the side. Running a Kickstarter campaign essentially becomes a second full-time job. It’s an amazing experience, but it’s also a ton of work and full of stress.

The Epic of Dave

My average day started with getting up an hour earlier than normal. I used that time to answer emails, respond to messages and comments, and post updates. Then it was off to the day job for nine hours. I followed that by another hour or two of answering emails, comments, and messages while I tried to get some food in me each night. Depending on the day, I also traveled to events here in the Oklahoma City area to demo the game. For the 30 days of the campaign, I was up around 5 am and in bed well after midnight. 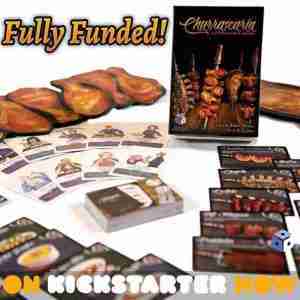 Thankfully, I had a partner to keep me sane and keep us on track while I was acting as a face for the game. Will has been working as our Marketing director. If you follow us on Twitter or Instagram you’ve seen the posts he’s been making to advertise the game. Using the amazing photos taken for us by our friend at MJH Photography, he’s been working to keep interest up across the web. This has meant a mix of creativity to pick the right photos and witty comments to go with them, along with data analytics to see which images were hitting with audiences and which were going cold.

You may have also seen the ads we ran on Facebook, which Will spent even more time crafting and managing. That’s when he wasn’t also hitting up events to help with demos and doing all of the behind the scenes number crunching as we decided which stretch goals to reveal and answered questions from people with unique circumstances or requests.

We read and tried our best to respond to every comment, message, and email. Some were just backers wishing us luck. Others were critiques, which we took to heart and tried to fix as quickly as possible. Then there were the requests…

Requests can be a dangerous thing on Kickstarter campaigns. If you’ve done things right, you start the campaign with a budget and timeline laid out that accounts for everything in that campaign: reward tiers, shipping, and every single stretch goal you have planned. If you don’t plan them properly, it’s very easy to end a campaign and realize that you didn’t actually make enough money to cover everything you promised. That mistake has burned a lot of people over the years, and we wanted to make sure we didn’t. Will spent a lot of time looking at the math so that we could make some changes here and there in response to some of those messages.

For instance, we started with five slots on the Immortalized tier. The pledge level allowed a few lucky backers to get their faces on cards in the game. We’d negotiated a contract and timeline with the talented Ellie Jang, who did all our other art. Then we had so much demand for more slots that we ended up going back to Ellie – who was extremely busy working on contracts for several others game companies – and worked out a way to fit five more slots into our budget and her schedule. 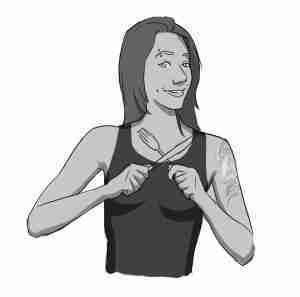 I’m happy we opened the Immortalized tier to more backers, but it added some challenges to the process. We renegotiated with Ellie and reevaluated both our budget and our production map. More art means a bit more time is needed before we send the game to the printers. That means potential delays in the game getting to all of our backers. However, we’ve done the math, and barring any issues on Ellie’s end, we should be right on schedule. Here is a sneak peek at one earlier draft as she’s working to put our wonderful backers in the game.

Now you’d think that with the campaign ended we would have some time to relax and catch our breath. You would be wrong. Now comes all the work of getting the game actually printed. I’ll get into that more in another post. It’s going to be a different type of work. We are likely to work just as many hours over the next month or so to ensure the game is 100% to print. That means getting every detail laid out and ready so that we can avoid any potential manufacturing issues.

Delays happen. The goal is to minimize them so the game can reach our backers by our stated delivery date. Over the next few months, I plan on keeping this blog updated with that journey just as I’ll be keeping all of our backers updated through Kickstarter. I hope you’ll follow us on this next step in the journey to getting Churrascaria out into the world.

If you missed the Kickstarter, we will be continuing to take pre-orders through BackerKit at the Kickstarter price. If you hop over to the campaign page with this link you can pre-order the game and it will arrive at the same time as all our wonderful backers get theirs.

Until next time ladies and gents!

END_OF_DOCUMENT_TOKEN_TO_BE_REPLACED

END_OF_DOCUMENT_TOKEN_TO_BE_REPLACED
We use cookies on our website to give you the most relevant experience by remembering your preferences and repeat visits. By clicking “Accept”, you consent to the use of ALL the cookies.
Do not sell my personal information.
Cookie SettingsAccept
Manage consent