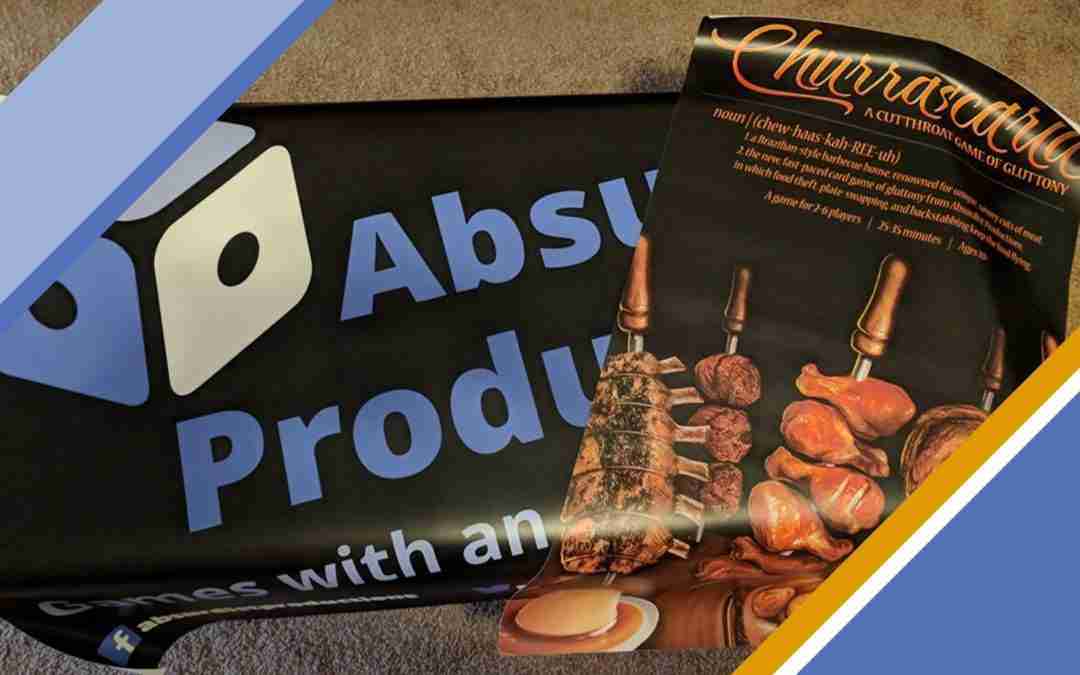 When I was a kid, my family had a weekly game night. Every Thursday, we would sit around the table and play. That started my love affair with board games. When I was eight years old, I created a very simple dice rolling baseball game. I forced my parents to play it continuously. Board games and game design were in my blood, but the idea I could ever do it for anything other than fun seemed impossible.

After all, “game designer” wasn’t an occupation school counselors told you about, and before the internet finding information about it was not easy. You could try writing to Hasbro or Parker Brothers. In most cases, that just got you a polite form letter saying they weren’t interested.

The Discovery of Crowdfunding

The first time I saw Kickstarter, I was amazed. Sure there are musicians, inventors, and movie makers on Kickstarter, but it was the games section that called to me. Here were people just like me, asking strangers to give them money to publish these crazy board games they had thought up. These games were nothing like most of the games I was seeing on the shelves at stores. Suddenly, the barrier to entering the industry was lowered. Anyone with enough drive and some good ideas had a chance. Kickstarter provided a way to gather funding with a much lower risk for everyone involved while also building a community around the new games.

So, in 2015, I started working on a card game inspired by visiting a Brazilian steakhouse. That absurd idea attracted a like-minded friend in Will, and we decided to start a company and see if we could use Kickstarter to make our dreams of publishing a game a reality. While I worked on making the game as good as I could, we both researched everything we could about the manufacturing process and about the Kickstarter process. And then we launched our first campaign.

Kickstarter might lower the barrier to entry, but you still have to work for it. You still have to have a good product and market it well. And while we knew we had a fun game, we needed to do a better job letting others know. We needed to build in them the same passion for the game we had. So, we went back to the drawing board, revised our plans, revamped our budget, and spent several months spreading the word.

The second time around, Churrascaria was a success. We have since followed that up with two successful small RPG campaigns, and have spent the last six months preparing for our campaign to publish PaleoVet. With every campaign, we have learned something new, overcome different challenges, and made our fair share of mistakes. But none of this would have been possible without Kickstarter.

Sure we could have still designed a game, maybe we could have done the research on manufacturing and gotten quotes. But with our Kickstarter helping us to get the money needed to manufacture the games they would have remained ideas in our heads. Each campaign has helped us build our brand and show that not only can we make a fun game, but we can deliver it.

Someday we hope to have a big enough following, and a strong enough collection of products that we can stop using Kickstarter. But until then, it is a platform that is allowing us to make our dreams come true by delivering crazy fun games to all of you great folx.

Why Crowdfunding Just Makes Sense (in some cases)

While every creator’s story is unique, many of our struggles are the same. The old paradigm of a company providing an up-front investment for publishing or manufacturing has worked for many. On the other hand it has also kept many unique ideas and diverse voices out of this (and many other) industries. Companies want a sure thing with a minimal amount of risk.

Crowdfunding provides a way to market our products, gauge interest, and secure funding directly from customers. Sure, we do spend a good chunk of cash up front for art, graphic design, and marketing. But, crowdfunding allows us to delay the biggest expenses ﹘ manufacturing and freight ﹘ until we can afford it. One of the biggest dangers for small, product-based businesses is ordering more product than they can sell. Kickstarter lets us gauge how many people actually want our game. (We typically buy twice as many copies as we sell on Kickstarter for our first print run.)

No Need for Outside Investment

Without Kickstarter, we’d either need to partner with a larger company or find investors. Both of those would slow the process, if not preventing it all together. Whenever investors get involved, they also want a say in the process. Maybe that’s good or bad, but you know what they say about too many chefs in the kitchen.

As we mentioned in a previous blog post, the idea of buying a product that hasn’t been manufactured yet, from a tiny company, can be a little intimidating for some people. In fact, without a platform like Kickstarter, no one in their right mind would do it. Kickstarter provides a level of vetting and security for everyone involved. It also provides a place where creators and backers can interact to ask questions, provide updates, and keep communication going from the moment the campaign begins until the game is delivered.

The advent of crowdfunding has allowed us, and countless other cretors to pursue their dreams. It has also given people access to a fascinating variety of products, experiences, and events that would have never existed otherwise.

For all these reasons, we’ll continue using Kickstarter as long as it makes sense for us as a company.

END_OF_DOCUMENT_TOKEN_TO_BE_REPLACED

END_OF_DOCUMENT_TOKEN_TO_BE_REPLACED
We use cookies on our website to give you the most relevant experience by remembering your preferences and repeat visits. By clicking “Accept”, you consent to the use of ALL the cookies.
Do not sell my personal information.
Cookie SettingsAccept
Manage consent